The M-2000 series of Fanuc designed with 6 axes with a handling capacity of up to 2.3 tons and a range of up to 4.7 meters. He specializes in a wide range of applications for handling and palletizing heavy workpieces. His excellent vertical elevation of 6.2 meters and horizontal reach facilitates the performance to manipulate larger workpieces. Mainly suitable for the automotive or metallurgical industry.

M-2000iA/1200 industrial robot with 6 axes of powerful arm, with an extraordinary load capacity of 1,200 kg and a horizontal reach of 3,734 mm, specialized in maneuvering and palletizing supremely large and heavy parts. providing reliability and easy programming. 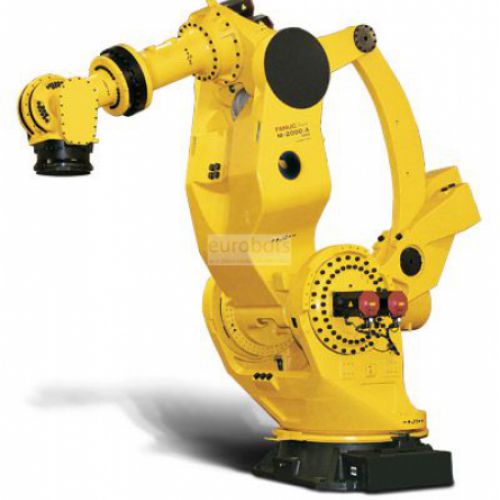