The M-410 series from Fanuc specializes in high performance palletization and handling with 700 kg load capacity and 3 m in arm reach. It offers a great work envelope. It can handle large tweezers and heavy loads at maximum speed. Internal wiring through the wrist for safety. There is the integrated base model with controller and pedestal and without pedestal saves space and facilitates assembly and transport.

Industrial robot M-410iB / 700 is the version with load capacity of 700 kg the highest of the M-410 series characterized by the handling of large and heavy loads to place them on pallets, thanks to its hollow wrist this robot offers more security in the routing of hoses and cables to avoid interferences and minimize maintenance. 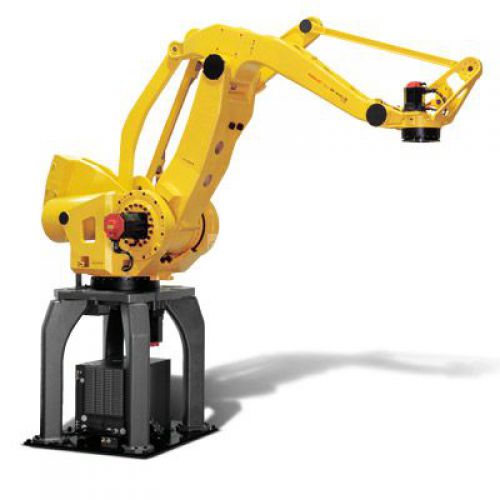