The M-710 series of Fanuc designed for the handling of medium loads, with a lightweight structure of thin wrist and solid arm. He is a specialist in a wide range of applications of handling and force with loads of up to 70 kg. providing high speed, flexibility and reliability; with degree of protection IP67 for difficult environments, offers greater precision and performance, easy access to narrow places and large work envelope thanks to its position of mounting on roof and angle.

M-710iC/50T top-mounted industrial robot on rails at 90° or back on a linear axis, is a multipropose robot with the ability to handle loads of 50 kg, this robot model is ideal for jobs where space is limited, can assist several vertical and / or horizontal machines to reduce their investment costs. It provides maximum speed and movement performance. 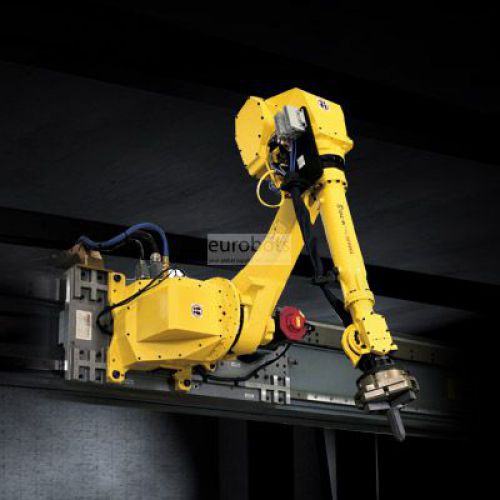