Fanuc R-2000 series designed material handling applications and spot welding, with load capacity between 100 and 270 kg, extended reach, while keeping small footprints to ensure they fit in any plant area.

R-2000iB / 100H highly versatile industrial robot thanks to its 5 controllable axes, short connections to the tool, higher reliability of the wiring, 24 volts, air connectors and integrated services of air and electricity of the axes J1 to J3; with capacity to handle payloads of up to 100 kg with great speed and magnificent cycle times providing high performance in packaging and palletizing applications. 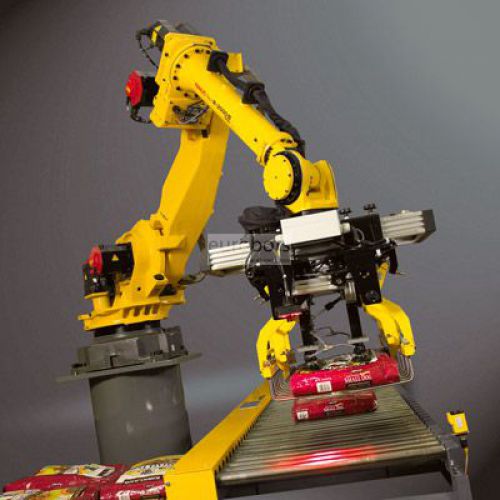